Mississippi Sports Medicine
We love hearing from our patients! Here is a wonderful review from Cindy about her experience with our Shoulder and Elbow Specialist, Dr. Rhett Hobgood. Thank you so much for the recommendation and trust in our care! #MSMOC #MississippiSportsMedicine #Orthopedics #OrthopedicSurgery #SurgeryCenter #ShoulderInjury #ShoulderReplacement #Testimonial
Click to View On Facebook

Mississippi Sports Medicine
We are honored that our Flowood location was named "Best Specialty Medical Clinic" in Rankin County in Hometown Rankin Magazine's Best of the Best 2021! Congratulations to those who were nominated and to all of the winners. Thank you for trusting us with your care and to all who voted for Mississippi Sports Medicine! #MSMOC #MississippiSportsMedicine #SurgeryCenter #RankinsRedCarpet #BestoftheBest #RankinCounty
Click to View On Facebook

Mississippi Sports Medicine
It's a beautiful Thursday and a great day to give blood! Mississippi Blood Services will be at our Flowood location off of Lakeland Drive from 10am-3pm today. One donation can save up to three lives! Please stop by and donate - you will receive a $10 Chick fil-A gift card! 🩸 #MSMOC #MississippiSportsMedicine #Orthopedics #OrthopedicSurgery #GiveBlood #SaveALife
Click to View On Facebook

Mississippi Sports Medicine
We are excited to be a sponsor for the 23rd annual 2022 Hellas Construction-WBA Architecture MS Athletic Administrators Association (MAAA) Conference this year! We are proud to support athletic administrators all over the state in their professional development and the development of their schools and school districts. We also greatly appreciate our partnership with the Mississippi High School Activities Association. Pictured: Mallory Hemphill, Director of Marketing and Richey Woods, Athletic Trainer #MSMOC #MississippiSportsMedicine #SportsMedicine #OrthopedicSurgery #Orthopedics #AthleticAdministrators
Click to View On Facebook

Mississippi Sports Medicine
Thank you Flowood Chamber! We are so honored to be nominated for the Top of the Community - Medium Business of the Year Award! The winner will be announced on February 1st at The Chamber of Flowood's 2022 Winter Gathering held at the Sheraton Flowood. Get your tickets to attend this great event here: https://www.eventbrite.com/e/2022-winter-gathering-tickets-229024206567?aff=ebdssbdestsearch
Click to View On Facebook

Mississippi Sports Medicine
“They did an amazing job for our teen daughter with a complicated ankle issue. We are so grateful to them for improving her range of motion and attentive patient care.” – Actual Patient Let our foot & ankle specialized surgeons get you back on your feet: https://www.mississippisportsmedicine.com/specialties/4/foot-ankle
Click to View On Facebook

MS Sports Medicine
@MissSportsMed
We love hearing from our patients! Here is a wonderful review from Cindy about her experience w/ our Shoulder &amp; Elb… https://t.co/DrHVqfZWYW
Click to View Post

MS Sports Medicine
@MissSportsMed
We are honored that our Flowood location was named "Best Specialty Clinic" in Rankin County! Thank you for trusting… https://t.co/8tAsiVKBVW
Click to View Post

MS Sports Medicine
@MissSportsMed
It's a wonderful day to give blood! @MSBloodServices is at our Flowood location today until 3pm. Come out to give b… https://t.co/tsxPpkImxb
Click to View Post

MS Sports Medicine
@MissSportsMed
RT @MSMOCFellowship: “I finished training able to treat a wide breadth of injuries, from the sidelines to clinic and the operating room. I…

BACK TO MEDICAL SERVICES

Mississippi Sports Medicine and Orthopaedic Center offers a convenient, on-site pharmacy for patients, staff, friends, and neighbors. For our patients' convenience, they can access The Pharmacy and fill their prescriptions in the same building as doctor visits.

For friendly, face-to-face service, allow The Pharmacy to be YOUR pharmacy. Prescriptions from outside our clinic are welcomed.

*Please ask our The Pharmacy staff for insurance details specifics

THE PHARMACY AT MISSISSIPPI SPORTS MEDICINE AND ORTHOPAEDIC CENTER

IS ACTIVE AND SUPPORTIVE OF OUR COMMUNITY

Randy Calvert, RPH serves as Director of Pharmacy Operations and opened The Pharmacy at Mississippi Sports Medicine in Fall 2016. He has owned and operated five pharmacies in and around the Jackson area including Brent’s Drugs and Soda Fountain, which was a location in the feature film, The Help. He has also worked with well-known companies such as CVS and Walgreens.

Pharmacist Randy Calvert holds Certifications in Immunizations, Compounding, and Medical Testing. He currently serves as Treasurer for the Mississippi Pharmacist Association, as well as serves on the Executive Committee.

Calvert enjoys serving alongside students in the retail setting as well as on the mission field, where he leads teams annually. He and his wife have four children and eight grandchildren.

Amba Ogletree, RPh, joined The Pharmacy at Mississippi Sports Medicine as a prn pharmacist in 2017. This was shortly after she retired from the University of Mississippi Medical Center following over 30 years of service. While at UMMC she had multiple roles in several settings, including inpatient adult, inpatient pediatric, sterile compounding, patient care area pharmacist, and institutional based outpatient pharmacist.

Though licensed in both Texas and Mississippi, the vast majority of her professional service has been in the Central Mississippi area. This work included independent community pharmacy and infusion therapy pharmacy skill sets.

Amba and her husband of over 35 years have four children and four grandchildren.

RANDY CALVERT WITH BOWL OF HYGEIA

SERVICE TEAM IN THE FIELD

SERVICE IN THE FIELD

CALVERT ON THE JOB IN THE FIELD

DR. CALVERT AND THE PHARMACY 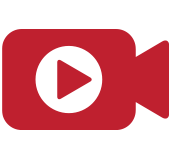